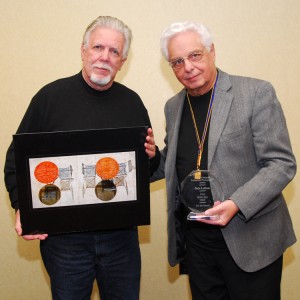 “Print of the Year” to our talented member

Dale Leifeste for his print titled “Be Seated”

Biographical Statement: Dale Leifeste is a member of DRPP. Until his retirement in 2007 after thirty-three years, his day-job was academic librarian at Westchester Community College. During those years he developed a parallel photographic career, specializing in work for artists and art catalogs, dance, and architectural photography. Beginning in 1976 he developed and taught evening photography classes at Westchester Community College and the Westchester Art Workshop. He also taught classes in Adobe Photoshop for twelve years at the WCC Computer Arts Center in Peekskill, beginning in 1994.

His first public exhibition was in the group show “Young Brooklyn Photographers” at the Brooklyn Museum in 1969. Since then, he has exhibited photography, both film-based and digital, around the world, including solo exhibitions in New York, St. Louis, Italy, and Japan. His prints have also gathered a number of prizes in DRPP competitions, including four Best in Show, and three Print of the Year awards.